Lipari, which enjoys the greator population of 10,000, forms a natural, central and convenient base for daily excursions to the other islands, through a connection of ferry (ships) and hydrofoils. It is possible to tour this island by car, bus or rented scooter on a macadam coastal road with inter-connected deviations to main travel destinations. The principal suburbs along this route are Canneto, Acquacalda, Quattropani and Pianoconte.
The ancient city of Lipari almost surrounds, and is dominated by, the ‘Castle’ or ancient acropolis, within whose walls are contained the Cathedral in Norman style modified by Baroque detail and flanked, indoors, by a 1000 year-old Norman Benedictine cloister.
The Acheological Museum has its main location within what once was the Bishop’s Palace. Adjacent are a cluster of recently restored large churches dedicated to The Virgin Mary and one to St. Catherine all adjacent ‘in situ’ excavations and numerious tombs of both Greek and Roman origin.
The city is accessed from the sea by the two inlets of Marina Corta and Marina Lunga.
The former is very busy during the summer period to to the intense traffic of recreation boats, hydrofoils that also connect the Archipelago to Milazzo and Messina, in Sicily. Marina Lunga is dominated by the ancient Francescan monastery which is now the Municipal chambers.
This is the terminal for for various ships, ferries and international yachts. Numerous restaurants and trattoria cater for those seeking an a gastronomical experience of the famed Aeolian crusine. Accomodation ranges from International standard hotels to the types of lodging for which our agency guarantees. 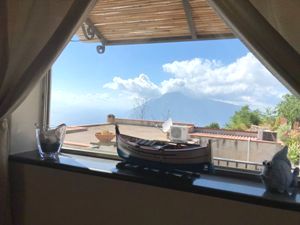 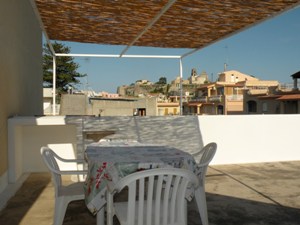 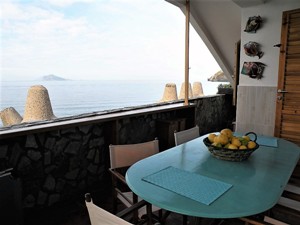 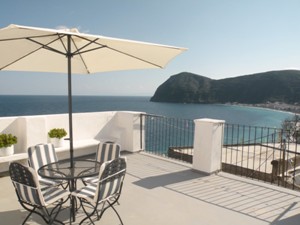